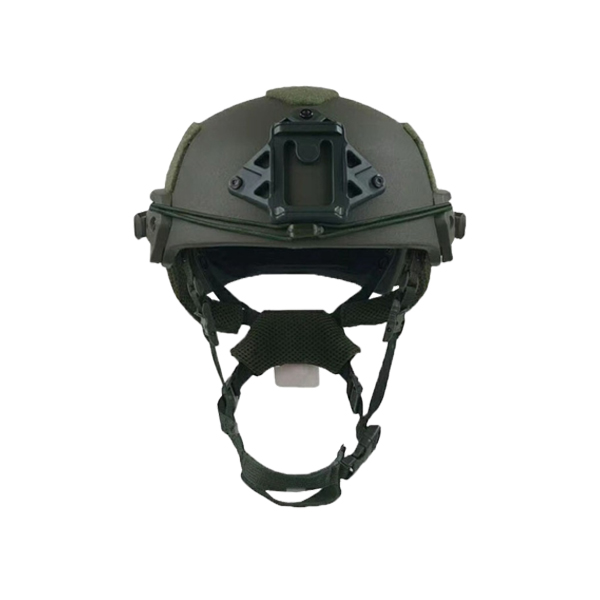 WENDY combat helmet, used to defend the head from bulletheads and shrapnel. The helmet is made of protective material polymer polyethylene fiber composite material, with a full-cover three-dimensional inner lining. The suspension system adopts a boa pull-out knob system.It has excellent waterproof and bulletproof performance, and has excellent adaptability to night vision devices and gas masks.

With the increasing power of military weapons such as rifles, the role of helmets in protecting bullets is very small today. Thick helmets like ordinary steel helmets cannot resist bullets at all. If you want to use helmets to block incoming bullets, Unless the material is thickened to the point where bullets cannot penetrate, which is obviously unrealistic. Therefore, we see that the helmets worn by the soldiers actually have another function. Although this function is not to block bullets, it is as important as blocking bullets.

On the real battlefield, if you are facing the enemy's artillery fire, it is actually difficult for the opponent to hit you directly with bullets or shells, but the splashing shrapnel is undoubtedly one of the most dangerous things on the battlefield. Although these single pieces are not as powerful as ammunition, they are easy to embed after hitting the human body, and they are easy to die if they hit a vital part. In fact, fewer soldiers die from being directly hit by bullets on the battlefield than from shrapnel. In order to protect the important head, the army requires every soldier to wear a military helmet.

Military helmets actually do more than we think. In addition to preventing shrapnel, stones and other objects from hurting the head, military helmets can also be equipped with various components. Such as goggles, night vision goggles, walkie-talkies and other equipment. It can also be equipped with a camouflage mesh multifunctional fabric that reduces noise and reflections, and can be used for concealed activities.