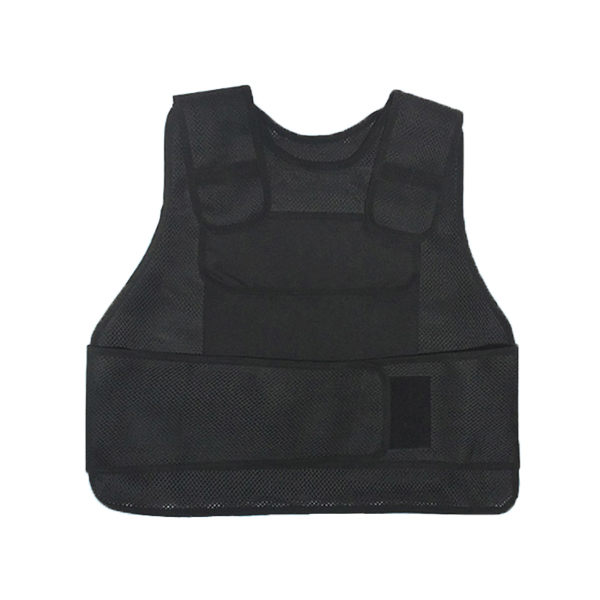 Hadifield steel liner quenched and tempered by high temperature it has strong anti-puncture ability. outer carrier is made with strength mesh fabric.basic stlyle with high quality and good value.It is used far and wide throughout the military and police security departments, such as equipping police officers and prison guards and other public security law enforcement personnel, it also has universal applications and strong development potential in the civilian field, such as the protection of construction, decoration and other staff, and the sports protection of fencers. The safety protection of taxi drivers, the protection of motorcycle racers and so on.

Can stab-proof clothing prevent knife stabs?
Anti-stab clothing is also known as anti-knife clothing, anti-blade clothing or anti-blade clothing. The stab-resistant clothing implements the GA68-2008 "stab-resistant clothing" standard. The relevant requirements of this standard are: the protection level is 24 joules of kinetic energy, and the blade tip is not exposed; the surface density of the anti-stab material: < 10 kg/square meter; the protection area and weight: 2.8 kg.

. The steel plate is arranged and linked in the shape of a fish scales, , so it is not only stab-proof but close-fitting due to bionic design.
. Flexible bending hadifield steel, served with thickened shock-absorbing eva plate, effectively reduce the impact of stab resistance,while allows the body to resist external pressure well.
. Inspected by authoritative ministerial make it reliable and trustworthy
. Mesh fabric is breathable in hot climates, quickly get rid of the stuffiness, feel cool and comfortable
. Adjustable wide velcro tapes on shoulder and waist fit the size quickly and easily , suitable for various body types.